The supply, fabrication assembly and delivery of the jetty and ship berth on the Wiggins Island Coal Export Terminal (WICET) project.

The scope of work consisted of the construction of a 1.8km jetty with 194 piles constructed by launching from land, 385m jetty with 150 piles constructed using floating plant, roadways, passing bays, gantry, conveyor from the surge bin to the transfer tower, wharf conveyor (including drive and take-up tower from the transfer tower to the ship loader), and berthing/mooring dolphins. Scope of work included the construction of the Coal Export Terminal with a train unloading station and overland conveyor to skyline stockpiling conveyor. A reclaim from stockpile by underground conveyors to surge bin then jetty conveyor to wharf conveyor and shiploader. 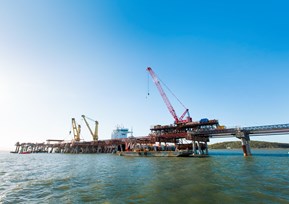 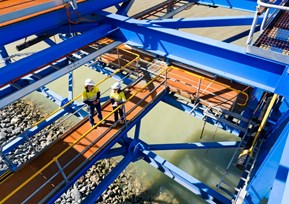 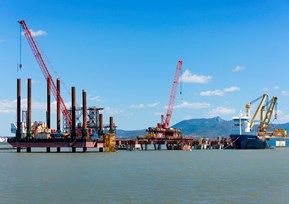 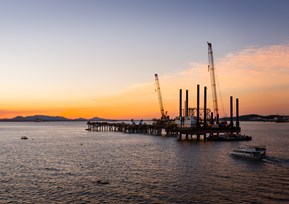 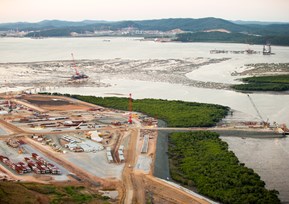